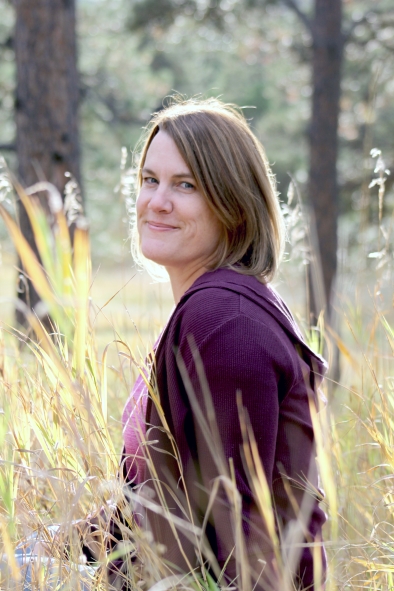 If you’re looking for my #PitchWars mentor page, click here.

I’m a mom of four boys–three teenagers and one first grader who keep me busy with their music and sporting events. I’m a simple person (my husband would totally disagree!) and a homebody, but I do love long chats with friends over coffee, dreaming of going to the beach, and writing adventure stories for children. If I’m not writing, I’m probably reading or working on an editing project. In the quiet spaces of life, I might find time for my other favorites: gardening, weight-lifting, hiking, and a bit of photography. My newest obsession is kayaking. I have degrees in Cross-Cultural Studies and Elementary Education with an emphasis in Literacy. Most recently, I worked as an elementary school librarian before my little guy came on the scene. Now, I stay home with him and write or edit for clients.

Read on for my path to publication for those of you who are striving for the same goal!

In my fifth-grade diary, I have a list of goals written in the back. One was to write a book. And if you know anything about me, you know I love to dream…and I love to work toward my dreams and goals.

I started writing my book, THE LEDGE (retitleded to Treasure at Lure Lake), December 10th, 2013 after a quick Facebook chat with a good friend of mine, Jenda Nye, who is also a writer. She encouraged me to start writing, and bonus! we could be writing partners! 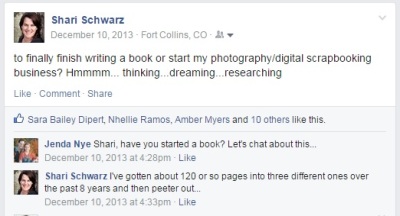 The idea for my story was totally inspired by my boys and Gary Paulsen’s Hatchet. But I had NO idea what I was getting myself into when I wrote The End on my first draft in February 2014 or what would happen when I plugged into the amazing writing community on Twitter in March 2014.

At that time, my parents were the first ones to give me valuable feedback and editing suggestions on my very first draft, and I will always be so grateful for their support and guidance at that time. But then I sent out my first queries to literary agents in March 2014, literally a year too early, but that’s what the learning process is all about…making lots of mistakes along the way. I cringe when I think of those early queries! But each mistake I made has been a part of the path I’m on to becoming a better writer and a better communicator.

In 2014 and early 2015, I entered Treasure at Lure Lake in various online contests like #NestPitch, #JustPitchIt, #PitMad, #PitchSlam, #PitchMas, Operation Awesome, #AgentMatch, #SecretShop, and the Sub it Club pitch party (and those are just the ones I received requests from agents on) and queried widely over the next six months. Early on in the query process (April 2014) I also received two R&Rs (revise and resubmit) requests–one from an editor and one from an agent. While neither of them panned out in the end, they offered sound and generous advice that helped me shape the early drafts of by book.

In the fall of 2014, after getting feedback from at least 30 critique partners on the first few chapters, getting numerous rejections from agents and just a couple more bites (requests for pages or fulls), I went to the Rocky Mountain SCBWI conference with my friend, Emily Moore, who I also met on Twitter but then got to know in real life! I learned so much at the conference, and Emily helped me brainstorm ideas for some major changes in the story that got me excited again after enduring so many rejections on my work. It’s not easy putting your heart and soul into something and having a hundred people tell you, “No, not quite right.”

One side of wisdom might say it was time to throw in the towel, but this is an extremely hard business to break into. I had so many people encourage me to press on, not give up and try again and again!

In December 2014, after a few close calls, I nearly gave up. I had also finished writing the first draft of a new book, a Historical Fiction YA set in WWI which was an exciting development for me as a writer. However, discouraged and heartbroken, I went for a long hike one day where I stomped and cried and yelled at God. Why is this so hard? So frustrating? I hated getting my hopes up over and over again each time an agent seemed interested only to be let down and disappointed when they said no.

So, I decided to let go and consider self-publishing. By that time, I knew there were problems with my book, but I just couldn’t give up on Jack and Bryce (the boys in the story). I felt free and excited and a bit overwhelmed at the prospect of self-publication!

But in January 2015, an amazing online friend and critique partner, Sarah Floyd, told me not to give up and took a look at the first few chapters of my manuscript. With her fresh feedback, I was inspired to revise again and I sent out a small batch of queries. Full manuscript requests started to come in. I sent out more queries. More fulls were requested. Lots of waiting ensued!

So, back to the revision board. In March, one of my original critique partners, Sally Hughes Doherty, read through Treasure at Lure Lake and gave me a thorough evaluation of my book which shed new light on some problem areas I still had. With her brilliant advice, I revised again. A couple of contests and a few more full requests later, I felt like I was finally on the right track.

By that time, I wasn’t as prone to discouragement; my skin had grown thick. Plus, I had won a short-story competition with Writer’s Digest and also landed a literary internship where I started reading and evaluating manuscripts for a literary agent and could clearly see the numerous ways in which a manuscript just doesn’t cut it even if it is well written or an amazing story.

Then one day on Twitter, I saw an #MSWL and a call for submissions by an editor, Ashley Gephart, at Cedar Fort Publishing and decided to send TREASURE AT LURE LAKE to her on May 11th, 2015. By the end of May, I received an email saying they had accepted my story for publication! I literally could not believe it at first. I think I read that email ten times before it sunk in that it was real–not spam or a joke or someone who was going to change their mind a few days later.

After researching Cedar Fort, asking a million questions, talking to one of their authors, E.B. Wheeler, who I knew, and going through the contract several times, I’m thoroughly blessed and honored to say that I signed with Cedar Fort’s general release fiction. Here I am signing my contract for publication. Release date: April 12, 2016!!!

The STATS below are to help querying writers. Don’t give up on your dream! It took me 101 queries to find the right home for my book! Each try (query) took at least an hour to research and compose.

4 times, that I know of, that my query landed in an agent’s spam box and they didn’t find it for weeks/months (I never sent out queries in bulk so this makes me wonder how many agents, of the 37 that didn’t reply to me, never received my query in the first place because it may have landed in their spam boxes.)

40+ critique partners who critiqued parts of my manuscript including several anonymous critiquers on Critique Circle.

8 beta readers who read the whole book and gave me invaluable feedback.

28,530 tears shed throughout the process.

If you’re a querying writer of children’s books, be sure to check out the Kidlit Agent tab at the top!

I’d love to hear from you!